The Wajarri Yamatji community today celebrates the recognition of its second determination of native title (called the Part B Determination) by the Federal Court of Australia.

This determination follows the Part A Determination that was made by the Federal Court in October 2017 over approximately 68,743 square kilometres of land and waters. The Part B Determination was made with the consent of respondent parties, including the State of Western Australia and the Commonwealth.

The Part B Determination recognised the native title of the Wajarri community over an area of approximately 12,252 square kilometres of land and waters in the Murchison and Gascoyne regions. It includes parts of the Shires of Upper Gascoyne, Murchison, Yalgoo, Meekatharra and Cue. The determination covers unallocated Crown land, Aboriginal-held pastoral leases and a number of Aboriginal reserves and communities.

Exclusive possession native title is recognised over an area of approximately 9,100 square kilometres.

The determination encompasses the Aboriginal communities of Burringurrah, Pia Wadjari and Buttah Windee, which many Wajarri people call home. It also includes Wilgie Mia, located in the Weld Range near Cue. Wilgie Mia is the largest and deepest Aboriginal ochre mine in Australia, 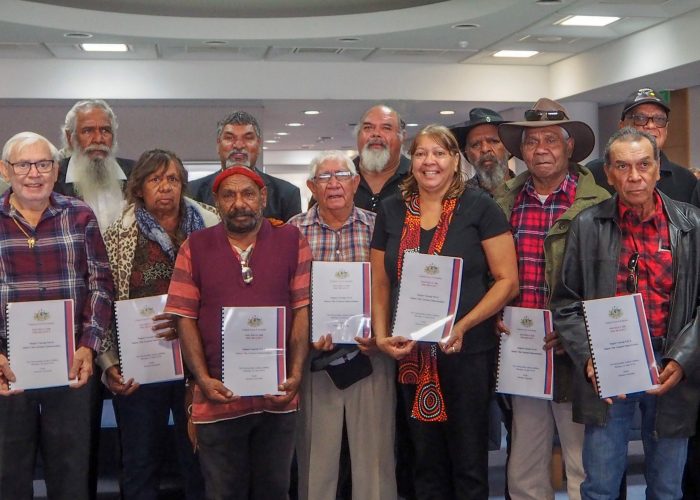