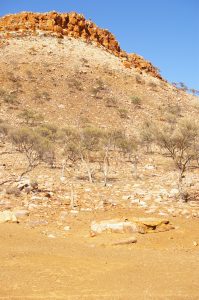 The claim has been provisionally listed for a consent determination in April 2017. The Wajarri Yamatji claim is overlapped by the Widi Mob and Mullewa Wadjari claims, and YMAC has conducted additional research to seek to facilitate the resolution of the overlaps.

YMAC continues to assist the Wajarri Yamatji claim with negotiations about right to negotiate matters, expedited procedure inquiry matters, and other future acts. Negotiations with the Commonwealth for an Indigenous Land Use Agreement that enables the grant of tenure for Australian Square Kilometre Array Project, to be located at Boolardy Station, are underway.