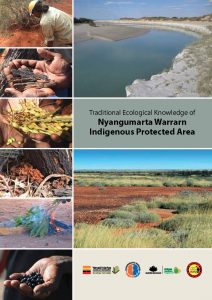 The booklet is a collection of ethno-botanical information passed down through generations of Nyangumarta people. More than 80 plants were collected, and descriptions of 70 species appear in the book. The data was collected during two surveys of Nyangumarta country in 2014 and 2015.