You are here: YMAC > agreement 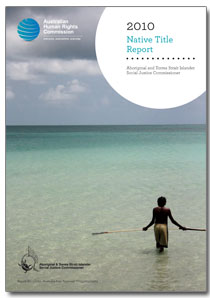 YMAC provided a comprehensive submission to the AHRC which has been quoted and referred to in each chapter of the report.
YMAC’s views are represented on a range of issues, including:
To see the full report visit: http://www.humanrights.gov.au/social_justice/nt_report/ntreport10/index.html 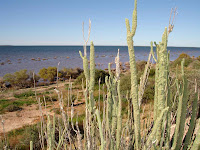 Yugunga-Nya country covers approximately 30,335 square kilometres of land in the Midwest region of Western Australia, and includes the mining towns of Meekatharra and Cue.

The land access agreement covers Sandfire Resources DeGrussa copper-gold project, situated 150km north of Meekatharra. The agreement provides a range of financial and non-financial benefits to the Yugunga-Nya community. These include employment and contracting opportunities, as well as cultural awareness training for Sandfire employees. The agreement also includes a position for a Yugunga-Nya member to be employed as an Aboriginal Liaison Officer, further developing the good working relationship established between the community and Sandfire.

Ron Shay is a well respected Yugunga-Nya community member and is looking forward to the new opportunities the land access agreement will bring to his people.

“We already have four Yugunga-Nya people working with Sandfire, but through this agreement we hope to see many more benefits flow through to our community, including future employment and training,” he said.

Peter Jeffries, Acting Chief Executive Officer of Yamatji Marlpa Aboriginal Corporation (YMAC), said, “I would like to congratulate the Yugunga-Nya people on the successful completion of their negotiations with Sandfire Resources and look forward to the opportunities that this agreement will bring to the community.

It’s a great start to the year for Yugunga-Nya and we look forward to many more positive stories for Traditional Owners of the Midwest region in 2011.” 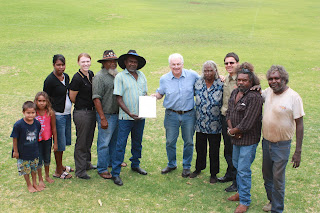 In Tom Price this week, the Nyiyaparli people signed a Land Access Deed with Iron Ore Holdings Ltd (IOH) that delivers important protection for country and support to the Iron Valley project.

Nyiyaparli country is situated in the central Pilbara region of Western Australia and covers approximately 36,684 square kilometres of land, including the mining town of Newman.


The agreement, which covers the Iron Valley project, provides a range of benefits to the Nyiyaparli people including contracting opportunities, cross cultural awareness training for IOH employees and a rigorous framework for agreement implementation. More importantly the agreement provides for consultation on environmental and heritage matters, which allows the Nyiyaparli people to retain their rights under Aboriginal heritage and environment legislation in order to protect areas of cultural and environmental significance.


The Nyiyaparli people, represented by Yamatji Marlpa Aboriginal Corporation (YMAC), are now looking to build upon the spirit of cooperation and good faith they developed with IOH during the agreement negotiation process.


Simon Hawkins, CEO, Yamatji Marlpa Aboriginal Corporation, said the agreement was an example of a mining company working cooperatively and negotiating in good faith with Traditional Owners. “The Nyiyaparli people appreciated the company’s willingness to sit down and negotiate with the group. The next step is to build on this relationship and see the agreement successfully implemented.”