You are here: YMAC > Murchison.

YMAC would like to congratulate one of our Community Liaison Officers, Les Hill, for being chosen to exhibit his artwork in the 2013 Good Heart Mid-West Art Exhibition, which finishes up in Perth this evening.

His collection of pieces reflects the everlasting wildflowers unique to his home town of Mullewa and the Murchison River.

This has been Good Heart Art’s sixth exhibition sponsored by Oakajee Port and Rail, and almost 200 pieces from over 50 new and established mid-west artists were showcased.
For more information on this year’s event, visit the Good Heart website.

If you would like to know more about Les and other YMAC Community Liaison Officers, read our blog post from March this year.

The Yugunga-Nya People, Traditional Owners of land within the Eastern Murchison region of Western Australia, have announced the signing of an agreement with Australian base metals company Ventnor Resources Limited (Ventnor) for the Thaduna/Green Dragon Copper Project over 640 hectares of their traditional country in Doolgunna Western Australia.

The agreement recognises the cultural and environmental significance of the area for Traditional Owners and aims to deliver significant financial and social outcomes to the Yugunga-Nya People through commercial and community development opportunities.

Yugunga-Nya Traditional Evelyn Gilla said, ‘I am happy that this agreement was signed. The
company was friendly, and it was a good agreement for Yugunga-Nya people’

Ventnor Managing Director Bruce Maluish responded, ‘we at Ventnor extend our appreciation
to the Yugunga-Nya People for the goodwill they have exhibited throughout our negotiations
that have culminated in this important agreement. Ventnor looks forward to working with the
group in the future’.

Yamatji Marlpa Aboriginal Corporation (YMAC) CEO Simon Hawkins said, ‘This agreement
shows what can be achieved when companies are open from the outset. The mutual
cooperation throughout negotiations meant this agreement was finalised within a short
timeframe and both parties were happy with the result’. 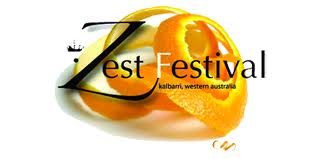 This year’s Zest Festival organisers are calling on people with a ‘story to tell’ to submit sculptures, stories and objects for presentation at two exhibitions at the Kalbarri event in September this year.

The Festival, taking place 21-22 September 2013, commemorates the 300th anniversary of the sinking of the Dutch East India Company merchant ship, the Zuytdorp.

Expressions of Interest for participating in the ‘Binding Realities Sculpture Exhibition’ close 15 May, and 31 May for the ‘Far from Home Exhibition’.

To receive an expression of interest information pack, email bursnell@iprimus.com.au

For more information on the event, visit the Zest Festival website.

Yamaji Art, the Aboriginal owned and operated art centre in Mid West, Western Australia, has opened its new doors at the Bill Sewell Complex in Geraldton, along with its website launch, yamajiart.com

The new gallery space was officially launched on Friday 12th October, with a tribute event honouring the memory of two artists who played an integral part in the growth of Yamaji Art.
Representatives of the McIntosh and Boddinton families celebrated the memory of the artists with speeches, songs, dancing and a tree planting ceremony.

Yamaji Arts Manager Allison Yearwood said, “Today was about celebrating the lives of these two women who helped us so much, who brought us to the point of now having our own space. We’ve grown from a little art centre to this, and our new website is showing local work to international audiences. We are here opening our doors and we hope the community feel this is their place to share.”