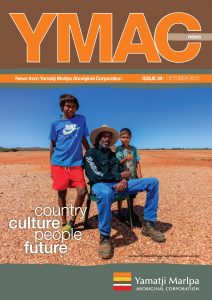 Congratulations to the Jurruru and PKKP people!

We are extremely happy to congratulate the Jurruru people and the PKKP people on their native title determinations this week. Both of these determinations are very significant for the Traditional Owners and represent the end of many years of hard work and perseverance. 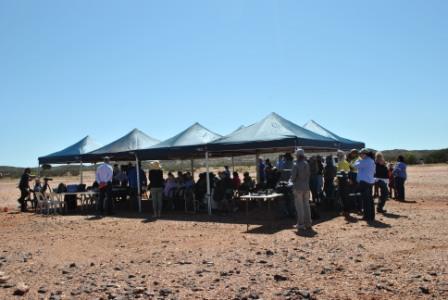 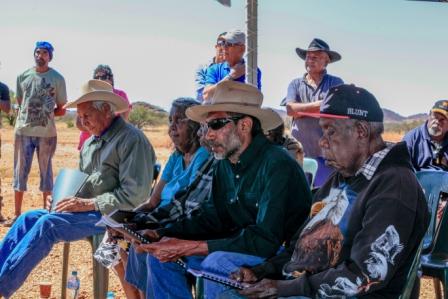 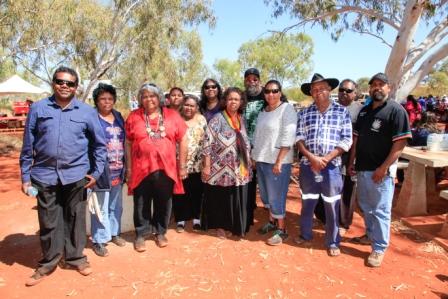 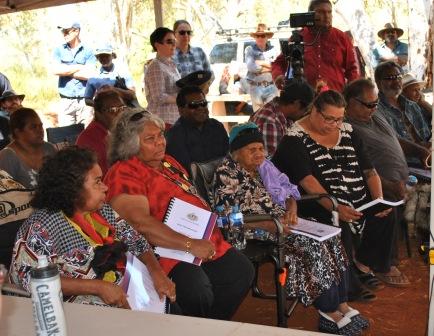 In September 2015, the Puutu Kunti Kurrama and Pinikura (PKKP) peoples celebrated the legal recognition of their native title rights. This video documents these moments and some of the lives the decision has influenced.

After 14 years, the government of Australia has recognised what the PKKP peoples have always known.

After a 15 year legal process, the Federal Court of Australia has recognised what the Jurruru people have always known.

Banjima people celebrate recognition after a battle in the Federal Court 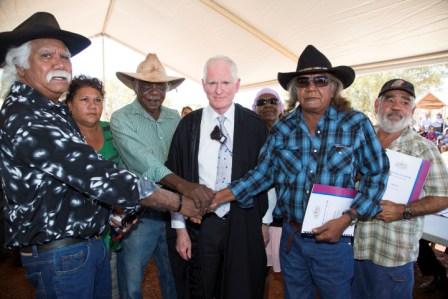 On 11th March 2014, the Federal Court recognised the native title rights of the Banjima People at their on-country determination held in Karijini National Park in the Central Pilbara.

The Banjima People first lodged their native title claim in 1998 and have been in litigation with the WA State Government since 2011 after being unable to move forward with a negotiated outcome.

Maitland Parker, Banjima elder, said “We have fought for this for a long time, so to be recognised as traditional owners is very rewarding. Our elders have taught us all of the things we needed to get our determination. They have taught us our law, language and culture, which we will pass on our young people.”

Simon Hawkins, CEO for Yamatji Marlpa Aboriginal Corporation said it was a momentous occasion for the Banjima people.

Banjima elder Alec Tucker at the Federal Court in Perth

The Banjima People of the Central Pilbara are celebrating the end of a 15-year native title claim following yesterday’s Federal Court decision to recognise their cultural rights to around 10,200 square kms of traditional lands.

Alec Tucker, Banjima Elder said, “This is a joyful day for us. We’ve been looking forward to this for a long time. We’ve been waiting for so long. We know its Banjima country, it’s my grandfather’s country, my father’s country –  I think the old people would be happy about today.”

A formal recognition ceremony and celebrations will be held on Banjima Country at a future date.

Click here to read the media release, or check out the photo gallery.

On Friday May 25, the Federal Court handed down a native title determination to the Nyangumarta and Karajarri communities across shared country near 80 Mile Beach in Western Australia.
The Nyangumarta/Karajarri joint determination resolves two overlapping claims of the Nyangumarta and Karajarri peoples, two different tribal groups who share traditional laws and cultural connection to the area. Justice North handed down the Federal Court’s decision at an on-country determination at Anna Plains Station.
The Kimberley Land Council and the Yamatji Marlpa Aboriginal Corporation acted on behalf of the Karajarri and Nyangumarta claimants to negotiate native title across 2,000 square kilometres of land and sea country across Anna Plains Station, a portion of Mandora Station and 80 Mile Beach, in the East Pilbara and West Kimberley regions of WA.
Kimberley Land Council Executive Board Member and Karajarri Traditional Owner Anthony Watson said the Nyangumarta/Karajarri joint native title determination highlighted how two tribal groups could work together to achieve land rights.
“Today’s determination is about co-operation and respect for each other. For these two groups to come together, acknowledge their shared interests in this country and achieve a successful native title consent determination is very powerful,’’ he said.
Nyangumarta Traditional Owner Margaret Rose said, “Years ago, this country was shared between the two groups, from way back. Native Title brought conflict because we each had to prove that the land was ours. But through strong connection to country, we were able to show how both groups are connected to the land together. This brings hope that other groups can follow this example and share country in a happy spirit. It’s appropriate that this is happening in reconciliation week.”
Simon Hawkins, CEO of YMAC, congratulated the groups on their achievement, “The Nyangumarta and Karajarri people should be very proud, this is a positive achievement for everyone. This is a historic day, and a cause for celebration.”
YMAC will be posting more photos and video from the determination on our website soon. For the full media release, click here